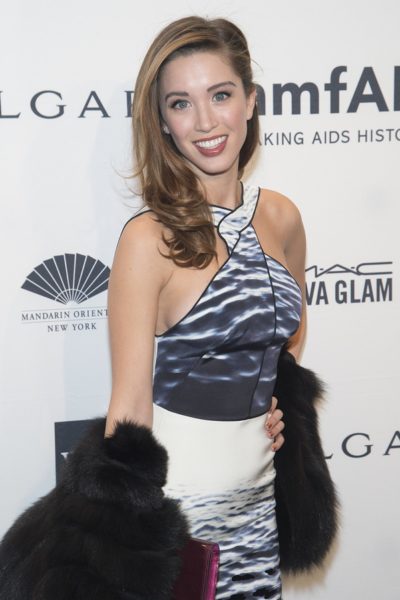 Melissa Bolona is an American actress.

She was born in Greenwich, Connecticut, and raised between New Jersey and Lima, Peru. Melissa is the daughter of Susann (Savran) Shaw and Pedro E. Boloña. Melissa’s father is Peruvian, and has Spanish, and possibly German and Cuban, ancestry. Melissa’s mother is of half Ashkenazi Jewish and half Croatian and Czech descent. She has a sister, Michele.