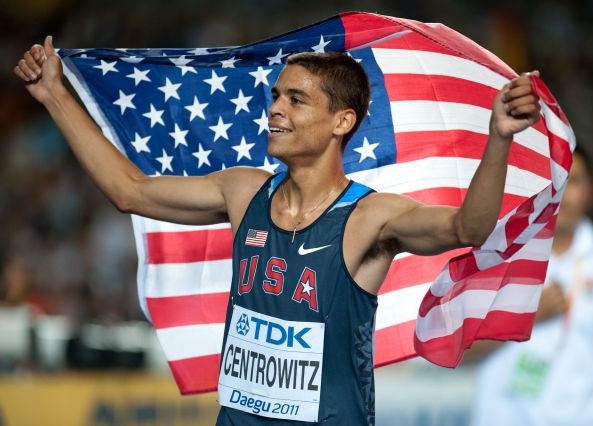 Centrowitz in 2011, by Erik van Leeuwen

Matthew Centrowitz, Jr. is an American middle-distance runner and track and field athlete. He won the gold medal in the 1500 meters at the 2016 Summer Olympics.

Matthew is the son of Beverly (Bannister) and Matt Centrowitz. His father is an Olympic distance runner, and collegiate cross country and track coach. His sister Lauren Centrowitz is also a distance runner. He was raised at least partly in Annapolis, Maryland.

Matthew, Jr.’s father is of half Ashkenazi Jewish and half Irish (Catholic) ancestry. Matthew, Jr.’s mother is from British Guiana, now Guyana, in South America. A picture of Matthew with his parents can be seen here.

Matthew’s paternal grandfather was Sidney “Sid” Centrowitz (the son of Henry Centrowitz and Florence Entell). Sidney was born in New York, to a Latvian Jewish father and a Polish Jewish mother, from Lomza. Henry was the son of Aaron Centrovitz. Florence was the daughter of Samuel Entell and Gittel Malachowitz.

Genealogy of Matthew Centrowitz, Jr. (focusing on his father’s side) – https://www.geni.com