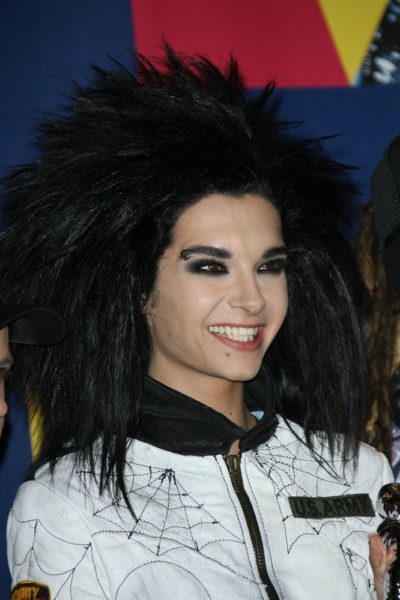 Kaulitz in 2008, photo by Prphotos

Bill Kaulitz is a German singer, songwriter, actor, designer, and model. He is also known as BILLY. He is the son of Jörg and Simone Kaulitz. His brother is musician Tom Kaulitz. Tom is married to model and television personality Heidi Klum.