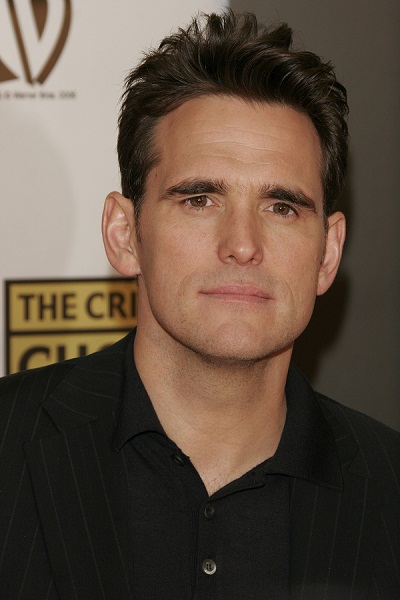 Dillon in 2006, photo by Joe Seer/bigstock.com

Matt Dillon is an American actor and film director. He has starred in the films The Flamingo Kid (1984), There’s Something About Mary (1998), and Crash (2005), among many others. He is the brother of actor Kevin Dillon (Kevin Brady Dillon).

Matt is the son of Mary Ellen and Paul Dillon.

Matt’s great-grandfather Alexander Raymond was of Irish descent, the son of George Raymond and Elizabeth Gillespie. Matt’s great-grandmother Beatrice Crossley was born in Pennsylvania, the daughter of Clifford Matheys Crossley and Adelaide H. Wallazz. Clifford’s parents were Sylvester Crossley (the son of Charles Crossley and Melvina) and Caroline E. Matheys/Mattheys (the daughter of William C. Matheys/Mattheys and Rebecca Joanna McFarland). Charles’s father was a German immigrant and his mother was a Scottish immigrant. Rebecca was of Irish and Scottish descent. Both the Matheys and Wallazz families in Pennsylvania originate in Germany.

Matt’s maternal grandfather was Vincent Brady (the son of John Francis Brady and Elizabeth Veronica Guckain/Guchran). Vincent was born in New York. John was born in New York, to a Scottish-born father, Patrick Brady, who was of Irish descent, and to an Irish mother, Julia Clark. Elizabeth was born in Scotland, to Irish parents, William Guckain and Mary Corcoran.

Genealogy of Matt’s father (focusing on his own mother’s side) – http://worldconnect.rootsweb.ancestry.com

Genealogy of Matt’s paternal great-great-grandfather, Clifford Matheys Crossley (focusing on his own mother’s side) – http://worldconnect.rootsweb.ancestry.com