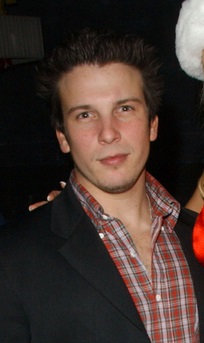 Mathew Botuchis is an American actor.

Mathew is the son of Kathleen “Kathy” (Collopy) and Steve Botuchis.

Mathew’s paternal grandfather was James Botuchis (the son of George Botuchis and Fanna Sorvagis). James was born in Ohio. George and Fanna were from Greece.