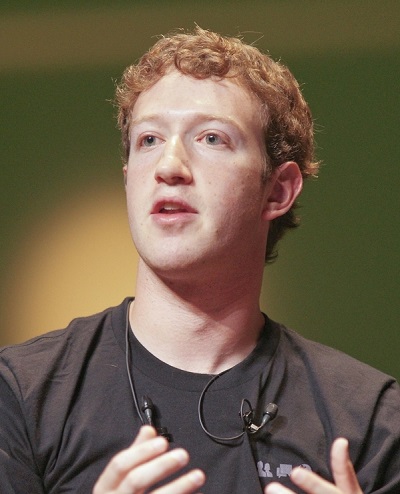 Zuckerberg in 2010, photo by Prphotos

Mark Zuckerberg is an American computer programmer, Internet entrepreneur, and philanthropist. He is well known as the co-founder of the social networking site, Facebook. He is usually ranked as one of the top 10 richest people in the U.S.

He was Time Magazine’s Person of the Year for 2010.

Mark is the son of Karen (Kempner) and Edward Zuckerberg. His family is Jewish (from Austria, Hungary, Poland, and Germany), and he was raised Jewish, and had a Bar Mitzvah ceremony.

Mark is married to pediatrician and philanthropist Priscilla Chan, who is of Chinese descent. The couple has two children.

Mark was played by Jesse Eisenberg in the film The Social Network (2010).

Mark’s paternal grandmother was Miriam Holländer (the daughter of Marcus/Max Holländer and Rose Schoenfeld). Miriam was born in New York, to Hungarian Jewish/Austrian Jewish parents. Marcus was the son of Esther. Rose was the daughter of Hulda.