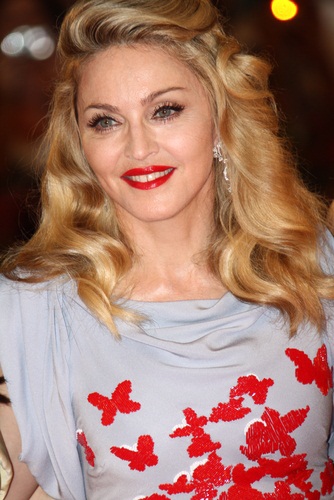 Madonna is the daughter of Madonna Louise (Fortin) and Silvio Anthony “Tony” Ciccone. Her confirmation name is Veronica. She has six children, including Lourdes Leon, with her former partner, Cuban-born personal trainer Carlos Leòn; and Rocco Ritchie, with her former husband, English filmmaker Guy Ritchie.

Madonna’s paternal grandparents were Italian immigrants. Her mother was of French-Canadian descent, with some remote Swiss-French and English, ancestry.

Madonna’s paternal grandfather was Gaetano I./S. Ciccone (the son of Nicola Pietro Ciccone and Anna Maria Mancini). Gaetano was from Pacentro, Province of L’Aquila, Abruzzo, Italy. Nicola was the son of Domenico Ciccone and Elenora/Eleonora Lucci.

Madonna’s paternal grandmother was Michelina Dijulio/Di Julio (the daughter of Raffaele Dijulio and Concetta or Giovanna Battista Laccone). Michelina was from Pacentro. Raffaele was the son of Costantino Donato DiIulio/DiJulio and Olympia Pantaleo.

On her mother’s side, Madonna is a descendant of Marie Theriault, who was descended from Spanish monarchs Ferdinand and Isabella, through their daughter Juana.

Another genealogy of Madonna (focusing on her mother’s side) – http://worldconnect.rootsweb.ancestry.com

One of Madonna’s French ancestors – http://www.perche-quebec.com