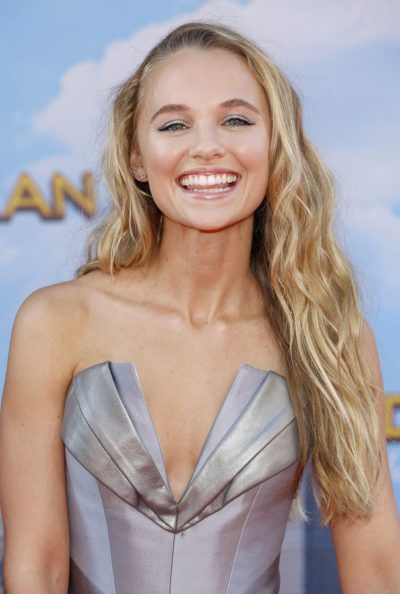 Iseman in 2017, photo by Starfrenzy/www.bigstockphoto.com/

Madison Iseman is an American actress. She is known for her roles in the films Jumanji: Welcome to the Jungle, Goosebumps 2: Haunted Halloween, and Annabelle Comes Home, among others.

Madison is the daughter of Susan and John Iseman. She was raised Methodist.

Through her father, Madison is a great-great-great-granddaughter of politician André Bienvenue Roman, a member of the Whig and National Republican parties, who was Governor of Louisiana, from January 31, 1831 to February 4, 1835, and again, from February 4, 1839 to January 30, 1843. André was from an aristocratic French Creole family, with some roots in Grenoble, France.

Madison’s paternal grandmother was Elizabeth Rhett Roman (the daughter of Charles Beauregard Roman and Eleanor VanBenthuysen). Elizabeth was born in South Carolina. Charles was the son of Alfred Roman, who was of French descent, and of Sarah Taylor Rhett. Eleanor was the daughter of Edward P. VanBenThuysen and Annie Dorian Moody.

Madison’s maternal grandmother is Phyllis/Phylis Clair Fowner (the daughter of Maurice/Morris W. Fowner and Sarah Moss). Phyllis was born in Pennsylvania. Maurice was the son of William J. Fowner and Bertha Vandergraft. Sarah likely was the daughter of Irish parents, Michael Moss and Mary Maguire.