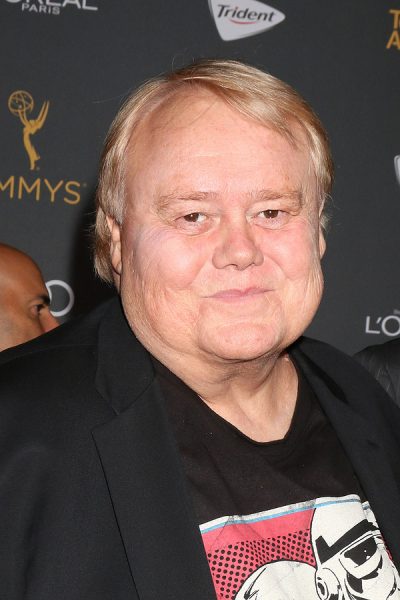 Louie Anderson was an American stand-up comedian, actor, author, and game show host. He was known for his animated series Life with Louie, Emmy-winning supporting role on the show Baskets, the films Coming to America and The Wrong Guys, and his stand-up act Louie: Larger Than Life, and for hosting game show Family Feud.

Louie was the son of Ora Zella (Prouty) and Louis William Anderson.

Louie’s paternal grandmother was named Ingeborg/Ingaborg Hansen (the daughter of Hans Hansen and Olga). Ingeborg was born in Sweden, to Norwegian parents.

Louie’s maternal grandfather was Charles Milton Prouty (the son of James Franklin Prouty and Sarah Catherine Chaffin). Charles was born in Iowa, and had Colonial American ancestry, with roots in Massachusetts and Vermont. James was the son of Squire Adolphus Prouty and Julia Ann Alderman. Sarah was the daughter of Phillip T. Chaffin and Mildred Evelyn Rumans.

Genealogy of Louie Anderson (focusing on his mother’s side) – https://www.findagrave.com