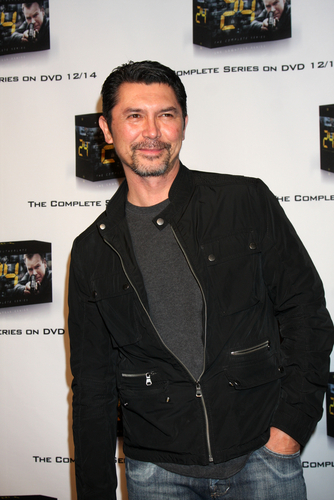 Lou Diamond Phillips is an American actor and director. He has starred in the films La Bamba, as musician Ritchie Valens, as well as Stand and Deliver, Young Guns, and Courage Under Fire, and the series Longmire, among many other works.

People often mistake me for a Latino or even Indian, so I always mention in interviews that I am Filipino and I’m proud to be one.

I never claimed to be a Native actor, but I do have Native blood.

Lou is married to makeup artist Yvonne Boismier. He has three children with his former wife, model Kelly Phillips; and a daughter with Yvonne.

Lou’s paternal grandfather was Ralph Amon Upchurch (the son of Arthur Jefferson “A J” Upchurch and Nora Lee Bowden). Ralph was born in Georgia. Arthur was the son of Jasper Upchurch and Lucinda Abagail/Abigail Chaffin. Nora was the daughter of James Filmore Bowden and Sara Jane Mayor.

Genealogies of Lou Diamond Phillips (focusing on his father’s side) – http://worldconnect.rootsweb.ancestry.com
https://www.geni.com