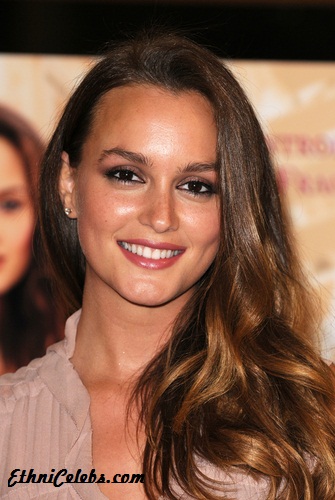 Leighton Meester is an American actress, singer, songwriter, and fashion model. She is known for her role as Blair Waldorf in the series Gossip Girl. She is married to actor Adam Brody, with whom she has two children.

Leighton’s patrilineal ancestry can be traced to Jacob Harms Meester, who was born, c. 1788, in Ostfriesland, Germany, to Harmen Roelfs Janssen Meester and Sophie Jacobs. It is possible that the Meester family in Germany has Dutch ancestry of some kind.