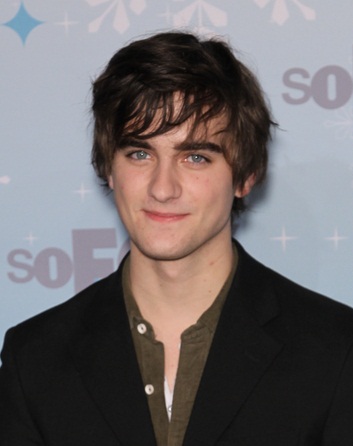 Liboiron in 2011, photo by Prphotos.com

Landon’s paternal grandfather was Jacques Saul “Jim” Liboiron (the son of Azarie Liboiron and Blandine Cloutier). Jacques was born in Saskatchewan, and was French-Canadian. Azarie was the son of Joseph Liboiron and Emma Hamelin.

Landon’s maternal grandfather was John William Mack (the son of John Mack and Jessie Walczak). Landon’s grandfather John was born in Brandon, Manitoba, to Polish parents, his father from Zapałów, Jarosław and his mother from Kaszyce, Przemyśl, both in Lwów.

Landon’s maternal grandmother was Marjorie Hillenberg (the daughter of John Gerhard/Gerhart Hillenberg and Dorothea “Dora” Weiss). Marjorie was born in Medicine Hat, Alberta. John was born in Wisconsin, U.S., the son of Charles Hillenberg, whose parents were German, and of Margaret/Margaretha Engler, whose parents were Swiss, of Swiss-German descent. Dorothea was born in Alt Posttal, Bessarabia, Russia, the daughter of Johann/John Weiss, Sr. and Anna Barbara Heidinger, who were ethnic Germans.

Sources: Genealogies of Landon Liboiron (focusing on his father’s side) – http://worldconnect.rootsweb.ancestry.com
https://www.geni.com