Lady Gaga is an American singer, songwriter, record producer, actress, and businessperson. She is known for her eccentric fashion and clothing. She has starred in the films Machete Kills, A Star Is Born, and House of Gucci.

She is the daughter of Cynthia Louise (Bissett), a philanthropist, activist, and entrepreneur, and Joseph Anthony Germanotta, an internet businessperson. Her mother is from Wheeling, West Virginia. Lady Gaga is of three quarters Italian descent (through her father and maternal grandmother). Lady Gaga’s maternal grandfather was of French, English, German, Scottish, and remote Swedish, Irish, and Dutch, ancestry. A picture of Lady Gaga’s mother can be seen here. Her sister is fashion designer and stylist Natali Germanotta. 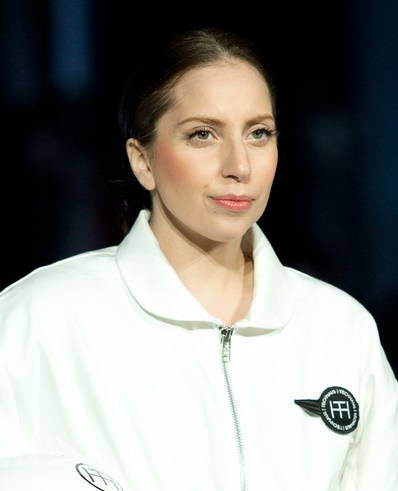