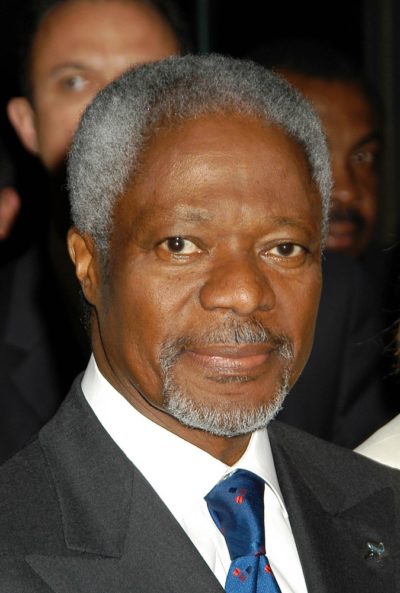 His father, Henry Reginald Annan, was of half Ashanti and half Fante descent, and had served as the governor of Ashanti. His mother, Rose Victoria Eshun, was ethnic Fante.

Kofi was married to Swedish lawyer Nane Maria Lagergren, until his death. He has two children with his former wife, Titi Alakija, a Nigerian woman from an aristocratic family.

Sources: The United Nations in the Twenty-First Century: Management and Reform Processes in a Troubled Organization (2006), by Marcus Franda

Genealogy of Kofi Annan (focusing on his father’s side) – https://www.geni.com