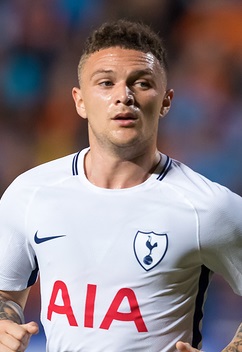 Trippier in 2017, photo by vverve/www.bigstockphoto.com/

Kieran Trippier is an English professional footballer. He plays for Tottenham Hotspur and the English national team.

Kieran is the son of Eleanor Lomax and Chris Trippier. His father is mixed race and his mother is white. He is also reported on the Internet as having Irish roots, although it is not clear of which degree. His brother is professional footballer Kelvin Lomax. Kieran is married to Charlotte, with whom he has a son.