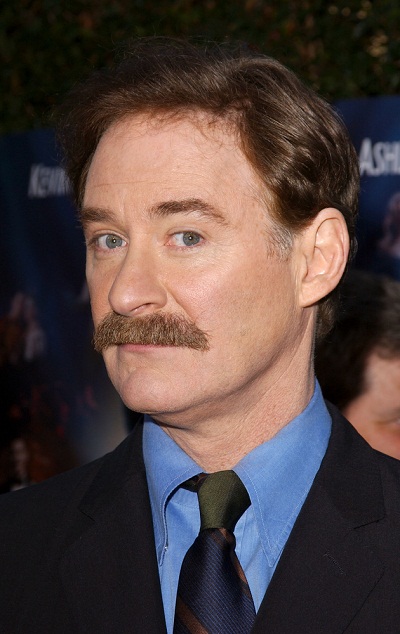 Kevin Kline is an American actor, comedian, and singer. He won the Academy Award for Best Supporting Actor for A Fish Called Wanda (1988).

Kevin’s father was from a German Jewish family, and Kevin’s mother was from an Irish Catholic family. Kevin was raised Catholic. He is married to actress, model, and entrepreneur Phoebe Cates. Their children are Owen Kline, who has also acted, and Frankie Cosmos (born Greta Simone Kline), a musician, singer, and songwriter.

Kevin’s paternal grandmother was Clara Cahn (the daughter of Lee Cahn and Zerlina Dreyfoos). Clara was born in Cincinnati, Ohio. Lee was a Jewish immigrant from Bavaria, Germany. Zerlina was born in Lancaster, Pennsylvania, to Jewish parents from Aldingen, Germany, Samuel Dreyfoos/Dreyfus/Dreifuß and Dryka/Therese Pappenheimer.

Kevin’s maternal grandmother was Agnes B. Delaney (the daughter of Peter J. Delaney and Jane “Jennie” Hickman). Agnes was born in Missouri, to a father from Ireland, and to a mother who was born in New York, to Irish parents.

Genealogy of Kevin Kline (focusing on his father’s side) – https://www.geni.com

Genealogy of Kevin Kline (focusing on his mother’s side) – http://worldconnect.rootsweb.ancestry.com