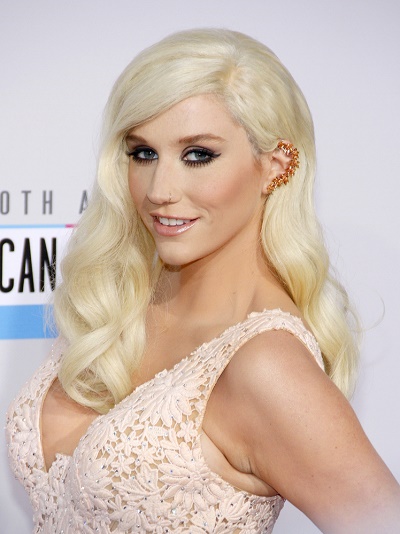 Kesha, also known as Ke$ha, is an American singer, songwriter, rapper, and actress. She performs pop and electronic music. She is known for her songs Tik Tok and Blah Blah Blah, among many others.

Her mother, Pebe Sebert (Rosemary Patricia Sebert), is a singer and songwriter.

Kesha’s maternal grandfather was of German descent and Kesha’s maternal grandmother was of Hungarian descent. Kesha was raised by her mother, and the identity of Kesha’s biological father has not been publicly verified. A man named Bob Chamberlain has stated that he is Kesha’s biological father; it is not clear if this statement has been verified. Chamberlain is an English surname.

Kesha has said, “did you guys know that i am a gypsy? mom just told me that we are a bunch of thieving hungarian gypsies. ALL MAKES SENSE NOW”. It is not clear if Kesha actually has verified/documented Romani ancestry.

In a Polish interview, she stated:

Once my mom someday told me the story exactly where my family came from. My great-great-grandmother lived on some Polish land, which was then ruled by Russia … I admit that now I do not remember exactly.

It is likely that Kesha was referring to one of her ethnic German ancestors, as ethnic Germans often lived on land that is territorially now part of Poland. It does not appear that Kesha has ethnic Polish ancestry (on her mother’s side).

Kesha’s maternal grandfather was Wilmer Louis Siebert (the son of Paul Peter Siebert and Mary Eva Pahs). Wilmer was born in Indiana, to parents who were born in Indiana; all of their own parents were German, from Prussia. Paul was the son of Johann Albert “John” Siebert/Sebert and Henrietta Gertrude Grott. Mary Eva was the daughter of Josef Gustave “Joseph” Pahs/Pass and Appolonia Matilda Wegener/Wegoner/Wagner.

Sources: Genealogies of Kesha (focusing on her mother’s side) – https://www.geni.com
https://gw.geneanet.org