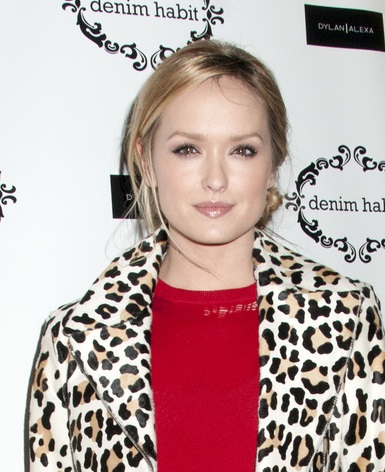 Kaylee DeFer is an American actress. She played Ivy Dickens on the show Gossip Girl.

She is married to Michael Fitzpatrick, lead vocalist for the band Fitz and the Tantrums. The couple has three children.

Kaylee’s maternal grandfather was Richard Hoebel “Dick” Lincoln (the son of Abraham/Abe William Lincoln and Lois Marian Hoebel). Abraham was the son of William Phineas Lincoln and Harriett/Hattie Moss. Lois was the daughter of William Jacob Hoebel, who was born in Illinois, to German parents, and of Anna Maria Charlotte Meyer, who was German.

Kaylee’s maternal grandfather was Audrey Jean Kane (the daughter of Alva Sylvester Kane and Hazel June Gillespie). Alva was the son of Thomas Kane, who was of Irish descent, and of Frances, whose father was German. Hazel was the daughter of George James Gillespie and Ellen Denkert/Dankert, whose parents were German.