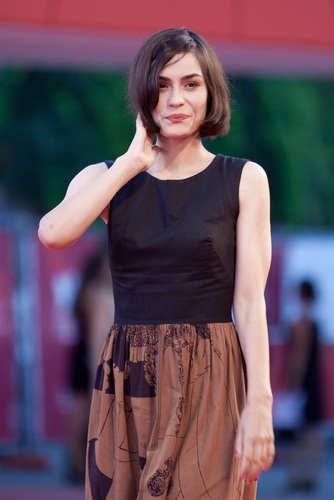 Shannyn Sossamon is an American actress and musician. She has appeared in the films A Knight’s Tale, Sinister 2, and One Missed Call, among others.

Shannyn changed her name from Shannon to Shannyn in high school. Her surname is from her mother, Sherry Sossamon. Sherry had Shannyn when she was seventeen. The surname Sossamon is German. Her sister is musician Jenny Lee Lindberg. Shannyn has two children, including a son with her former partner, children’s book illustrator and author Dallas Clayton.

Shannyn’s maternal grandfather is the son of Edward Thornton “Eddie” Sossamon and Ola Pearl Smith. Edward was the son of Marion Harvey Sossamon and Mary Ellen Storie. Ola was the daughter of Tilman Washington Smith and Emma M. Stone.

Shannyn’s maternal grandmother is Ethel Mangalao (the daughter of Meliton/Meleton Mangalao and Helen Ahialani Uina). Meliton was born in the Philippines. Helen was born in Hawaii, of Hawaiian descent, and was the daughter of John Uina and Keala Mary Kaaimoku/Kaiamoku/Kauaohilo.