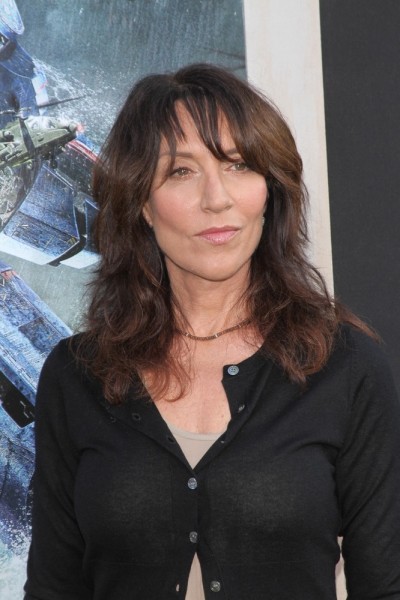 Katey Sagal is an American actress, singer, and songwriter. She is known for her roles as Peggy Bundy in the sitcom Married… with Children, and Gemma Teller Morrow in the series Sons of Anarchy.

Katey is the daughter of Sara (Zwilling), a director and singer, and Boris Sagal, a director and writer. Boris was born in Yekaterinoslav, Soviet Union (present day Ukraine), and came to the U.S. c. 1928. Sara was born in Geneva, Illinois, and spent time in South Carolina. Katey’s appearance on the genealogy show Who Do You Think You Are? (2016) can be seen here.

Katey is married to screenwriter, director, producer, and actor Kurt Sutter. She has two children, including actor Jackson White, with her former husband Jack White; and a daughter with Kurt.

Katey’s paternal grandfather was named Lewis/Louis Sagal (the son of Berka Sagal and Basha). Berka was born in Lipen’, Asipovichy District, Mogilev Region, Belarus, the son of Yosel Sagal. Basha was the daughter of Hanna.

Katey’s maternal grandfather was Daniel Frederick Zwilling (the son of Daniel Zwilling and Alda Blanche Miller). Katey’s grandfather Daniel was born in Iowa. Katey’s great-grandfather Daniel was born in Ohio, the son of ethnic German parents, Heinrich/Henry Zwilling, from Stuttgart, Baden-Württemberg, Germany, and Julia Ann Howald, from Alsace-Lorraine, France. Alda was born in Marshall, Iowa, the daughter of Abraham H. Miller, who was of Swiss-German and German descent, and of Elizabeth Fleming.

Genealogy of Katey Sagal (focusing on her mother’s side) – http://wc.rootsweb.ancestry.com

Genealogy of Katey’s mother (focusing on her own father’s side) – http://www.findagrave.com

Genealogy of Katey’s great-great-grandfather, William Nathaniel Macon (through William’s brother; focusing on his mother’s side) – http://www.ancestry.com.au