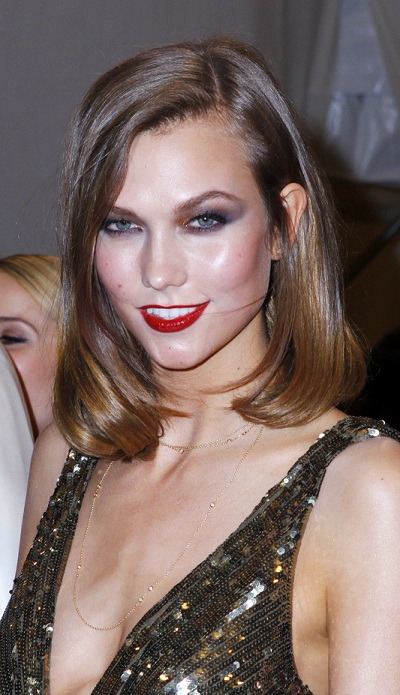 Karlie Kloss is an American model and entrepreneur.

Karlie is the daughter of Tracy and Kurt Kloss.

She is married to businessperson and investor Joshua Kushner, with whom she has one child. Karlie is a convert to Orthodox Judaism, Joshua’s religion.

Karlie’s paternal grandfather is Bernard V. Kloss (the son of Theodore Kloss and Ella Dorthea Viejen). Bernard was born in Pennsylvania. Theodore was born in Poland, and was of either ethnic Polish or German descent. Ella was born in Denmark, the daughter of Jens Johan Jensen Viejen and Christine Maria Jorgensen.

Karlie’s maternal grandmother was Florence A. Stroh (the daughter of John Henry Stroh and Marie C. Wehrling). Florence was born in Illinois, to parents of German descent. John was the son of Urban H. Stroh and Johanna Rosine Kron.