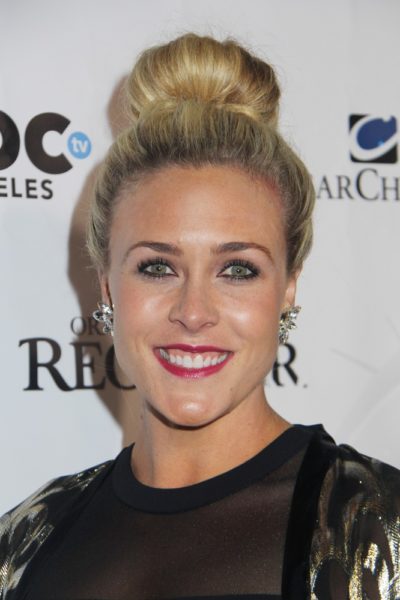 Kaitlin Sandeno is an American competition swimmer. She is an Olympic gold medalist, world champion, and former world record-holder.

Kaitlin is married to Peter Hogan.

Kaitlin’s paternal grandmother was Ordella Tenold (the daughter of Gaylord Clifford Tenold and Grace Norma Medgaarden). Ordella was born in Iowa. Gaylord was born in Iowa, the son of Ole Olsen Tenold and Carrie/Kari Tolvsdatter Everson.

Kaitlin’s maternal grandmother was Frances Elizabeth Madden (the daughter of Cassius Monroe Madden and Sarah Frances Bentley). Frances was born in British Columbia, Canada. Cassius was the son of Philander Worth Madden and Abigal Hocket. Sarah was the daughter of Levi Cornelius Bentley and Abigail Burgan.