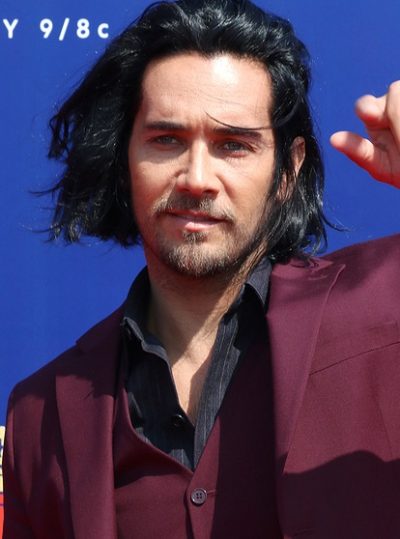 Brescia in 2019, photo by kathclick/Bigstock.com

Justin Brescia is an American musician, television personality, hairdresser, and actor. He is also known as Justin Bobby. He has appeared on MTV television series The Hills. He is the vocalist, guitarist, and percussionist of Texas-based band BobbyrocK.

His father is of Italian and one quarter Portuguese descent. His mother is of Ashkenazi Jewish descent on one side, and of English, Welsh, and French ancestry on the other. On his mother’s side, Justin is also a descendant of Bartolomeo/Bartholomew Taliaferro, an Italian, who was born, c. 1562, in Venice, Italy, and who moved to England and married an Englishwoman, Joane Lane.

Justin’s paternal grandfather was Anthony James “Tony” Brescia (the son of Rocco/Rucco Brescia and Adeline Silveira/Silvera). Anthony was born in Massachusetts, to an Italian father and Portuguese mother.

Justin’s maternal grandmother was Doris Bernice Baker (the daughter of Wayne Earl Baker and Corlinda May “Clenda” Warren). Doris was born in Kansas. Wayne was born in either Kansas or Missouri, the son of William Robert Baker and Maud Bernice Hendricks. Corlinda was born in Colorado, the daughter of Henry Warren, whose parents were English, and of Dorice, who was from Colorado.