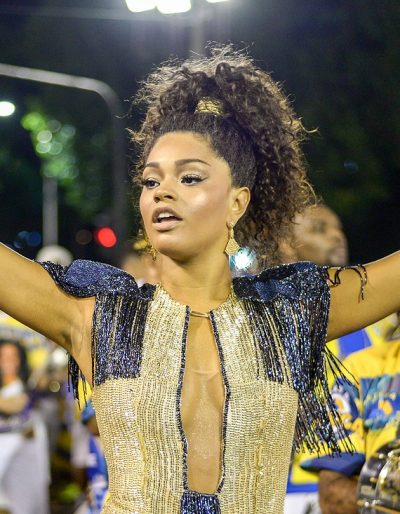 Alves in 2016, photo by Celso Pupo/Bigstock.com

Juliana Alves is a Brazilian actress and model. She was a contestant on the third season of reality television show Big Brother Brasil in 2003.

Juliana is the daughter of Maria de Fátima, a teacher, and Sebastião de Oliveira, a psychologist and sociologist. She is married to film and television director Ernani Nunes, with whom she has one child.