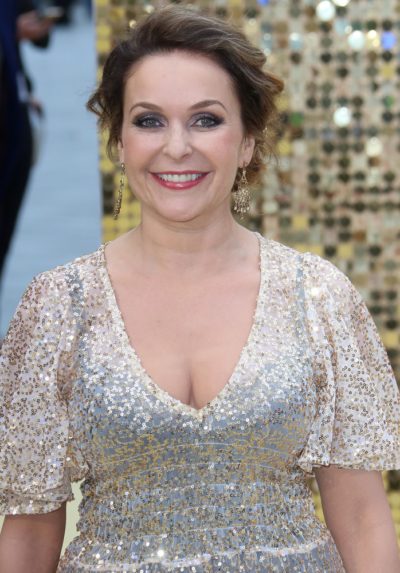 Julia Sawalha is a British actress. She is known for her role as Saffron Monsoon on the BBC sitcom Absolutely Fabulous.

Julia is the daughter of Roberta (Lane) and Nadim J. Sawalha. Her father was born in Madaba, Jordan. Her mother was from London, and had English ancestry, with remote French Huguenot roots.

Sources: Genealogy of Julia Sawalha (focusing on her mother’s side) – http://wc.rootsweb.ancestry.com