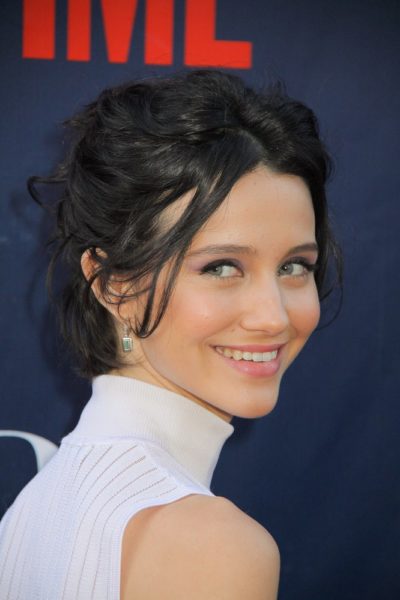 Telles in 2015, photo by Prphotos.com

Julia Goldani Telles is an American actress and ballet dancer. She has had leading roles in the series The Affair and the films Slender Man and Looks That Kill, among other projects.

Her father, Edward Telles, is a Mexican-American sociologist, born in Whittier, California. His surname appears to be of Spanish origin. Her mother, Ana Maria Goldani, is Brazilian, born in Osório, Rio Grande do Sul, to an Italian family.

Julia was born in Los Angeles, California, and moved with her family to Rio de Janeiro, Brazil, when she was two years old. She moved back to the U.S. at age thirteen. Her first language is Portuguese.

Julia’s maternal grandfather was Getúlio Ramos Goldani (the son of Hermínio Goldani/Goldanni and Diana Luíza Famer). Hermínio was the son of Italian parents, Giuseppe Goldani and Maddalena Vanazzi, who were from the province of Cremona, Lombardy. Diana was born in Rio Grande do Sul, also the daughter of Italian parents, Giuseppe Pietro Famer and Maria Maddalena Zambelli, who were from Verdello, province of Bergamo, Lombardy.