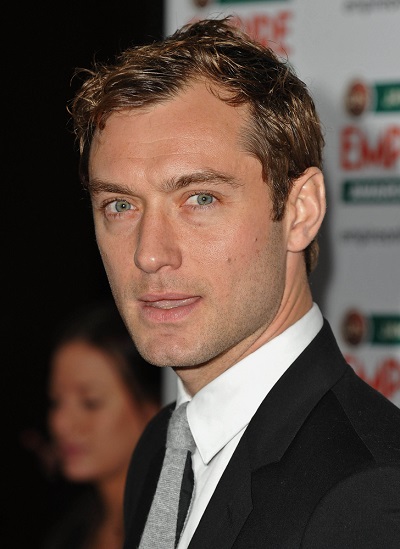 Jude Law is an English actor, producer, and director. His roles include The Talented Mr. Ripley, A.I. Artificial Intelligence, Cold Mountain, Closer, The Grand Budapest Hotel, and Anna Karenina, among many others.

He is the son of Margaret Anne (Heyworth) and Peter Robert Law, comprehensive school teachers. His father has also been a headmaster and actor. His sister, Natasha Law, is a painter and graphic designer. His mother was adopted. Jude is married to Phillipa Coan. Jude has six children, including three with his former wife, actress Sadie Frost, and one with Phillipa. One of Jude and Sadie’s children is model Rafferty Law/Raff Law.

Jude was selected People Magazine’s “Sexiest Man Alive” in 2004. He is the first English-born man to have been given this title by the magazine (David Beckham, in 2015, is the second, and Idris Elba, in 2018, is the third).