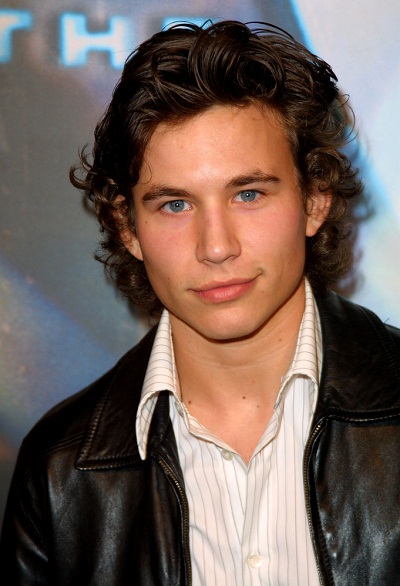 Thomas in 2003, photo by PrPhotos.com

Jonathan Taylor Thomas is an American actor and director. His roles include the films The Lion King, Man of the House (1995), Tom and Huck, I’ll Be Home for Christmas, and Walking Across Egypt, and the show Home Improvement. His father is of Pennsylvania Dutch [German] descent, with some Swiss-German roots, and distant Irish and French ancestry. His mother is of Portuguese, English, and smaller amounts of Scottish and Dutch, ancestry. His uncle is actor and playwright Jeff Weiss.

Jonathan’s paternal grandfather was Benjamin Laucks “Ben” Weiss (the son of George Jacob Weiss and Emma A. Laucks). Benjamin was born in Pennsylvania, and was from a Lutheran family that had lived in Pennsylvania for many generations, of Pennsylvania Dutch [German] descent, with some Swiss-German roots. Benjamin also had remote French ancestry. George’s parents were The Rev. Benjamin J. Weiss and Emma Rahn Merkel. Jonathan’s great-great-grandfather The Rev. Benjamin was a minister in the Reformed Church (also known as the German Reformed Church), who preached in both German and English. Jonathan’s great-grandmother Emma was the daughter of Henry R. Laucks and Emma R. Raser/Raezer.

Jonathan’s paternal grandmother was Helen E. Eagle (the daughter of Charles R. Eagle and Nora Hetty Boerkert/Borkert). Helen was born in Pennsylvania, and was also from a Lutheran family of Pennsylvania Dutch [German] descent, with distant Irish roots. Charles was the son of Richard L. Eagle and Ellen Reifschneider. Nora was the daughter of Albert G. Borkert and Malinda Wentzel.

Another genealogy of Jonathan’s paternal great-grandfather, George Jacob Weiss (focusing on his own mother’s side) – http://worldconnect.rootsweb.ancestry.com

Genealogy of Jonathan’s paternal grandmother, Helen E. Eagle (focusing on her own father’s side) – http://worldconnect.rootsweb.ancestry.com