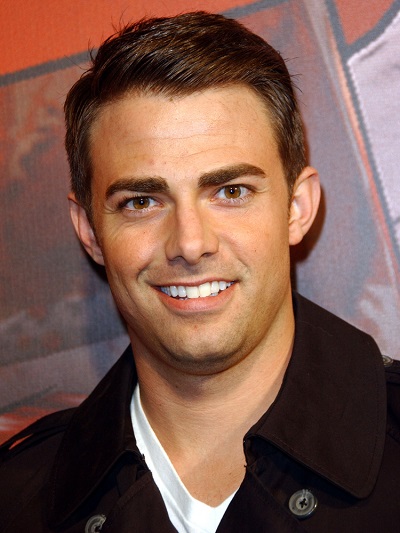 Bennett in 2009, photo by Prphotos.com

Jonathan Bennett is an American actor and model. He is known for playing Aaron Samuels in the film Mean Girls (2004).

Jonathan is married to Jaymes Vaughan, who is the host of Celebrity Page.

Jonathan’s paternal grandfather was Paul Samuel Bennett (the son of David Ensign Bennett and Myrtle Pearl Webb). Paul was born in Ohio. David was the son of Samuel Hull Bennett and Margaret R. Mason. Myrtle was the daughter of Aaron or Baron Webb and Hugh or Angeline “Angie” Crawford.

Jonathan’s maternal grandfather was Leonard Vearl Mason (the son of Simeon Mason and Bertha Artensy Rhodes). Leonard was born in Ohio. Simeon was the son of John Mason and Elizabeth Fryman. Bertha was the daughter of John Rhodes and Harriet Lavina Wood.

Genealogy of Jonathan’s maternal grandfather, Leonard Vearl Mason (focusing on his own mother’s side) – http://worldconnect.rootsweb.ancestry.com