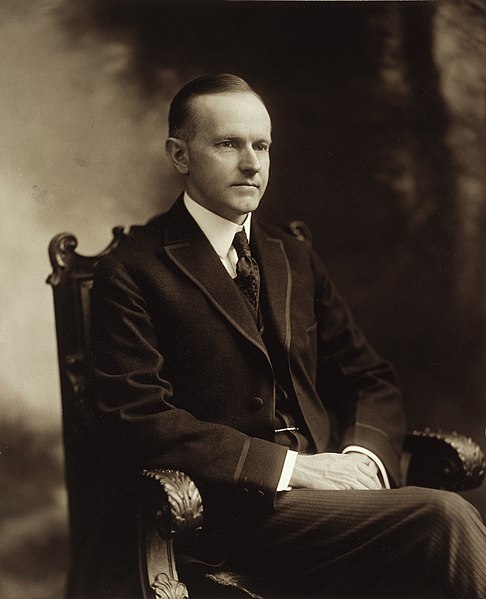 He received votes for the Republican Party’s nomination for President of the United States at the party’s 1932 convention.

President Coolidge was the son of Victoria Josephine (Moor) and John Calvin Coolidge.

President Coolidge was married to Grace Anna (Goodhue), with whom he had two children.

President Coolidge’s maternal grandfather was Hiram Dunlap Moor (the son of John Dunlap Moor and Mary Davis). Hiram was born in Vermont or New York. Mary was the daughter of Nathaniel Davis and Lydia Harwood.