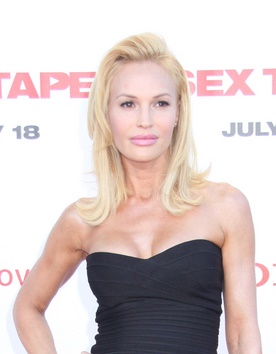 Blalock in 2014, photo by Prphotos

Jolene Blalock is an American film and television actress and model. She is known for playing the Vulcan T’Pol on the UPN science fiction series Star Trek: Enterprise.

Jolene is married to entertainment CEO Michael Rapino, with whom she has three children.

Jolene’s paternal grandfather likely was Homer Leroy Blalock (the son of Charles F. Blalock and Lillie Jane Linthicum). Homer was born in Illinois. Charles was the son of Napoleon Blalock and Elizabeth Brown. Lillie was the daughter of William Evret Linthicum and Harriette Jane Hammack.