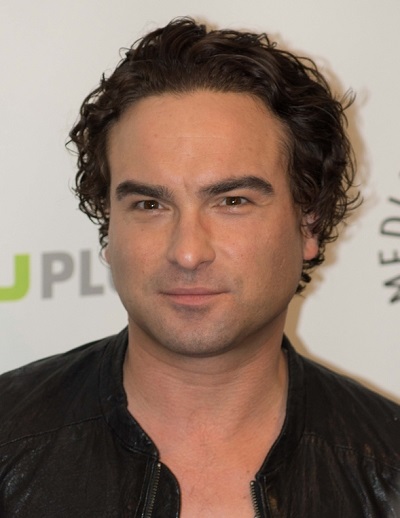 Galecki in 2013, photo by PrPhotos

Johnny Galecki is an American actor. He was born in Bree, Belgium, the son of American parents, Mary Lou Noon and Richard Anthony Galecki. His father was in the U.S. Air Force in Belgium at the time. Johnny was raised in Oak Park, Illinois. He has a son with his former partner Alaina Meyer.

I’d give anything to meet: My mother’s father. I’m Polish, Italian and Irish, and he’s the Irish part. I’d like to find out about my Irish roots.

Johnny’s paternal grandfather was Raymond S. Galecki (the son of Stanley Galecki and Marcella Karolski). Raymond was born in Pennsylvania, to Polish parents.

Johnny’s paternal grandmother was Joan Gertrude Duda (the daughter of Joseph Duda and Julia B. Ostrowski/Ostrowska). Joan was born in Pennsylvania. Joseph was born in Jaroslaw, Dolnoslaskie, Poland, the son of Blazej Duda and Julia Gwozdz. Johnny’s great-grandmother Julia was born in Pennsylvania, to Polish parents, Wladyslaw/Waldsylan/Walter Ostrowski and Joanna Dulnikowski; Joanna was the daughter of Valenty/Valentin/Walenty Dulnikowski and Salomea Lipinski.

He has Italian roots in Termini Imerese, Palermo.