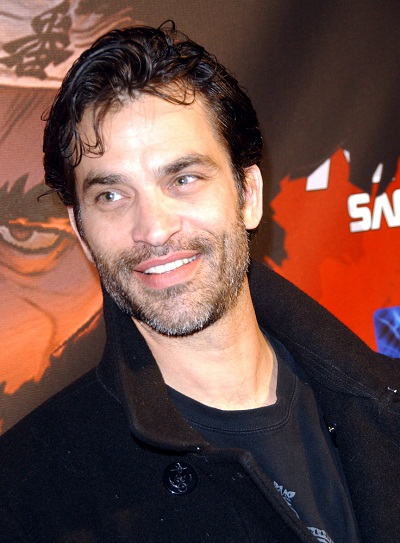 Schaech in 2009, photo by Prphotos.com

Johnathon Schaech is an American actor, writer, and director. His roles include the films Sparrow/Storia di una capinera, The Forsaken, How to Make an American Quilt, The Doom Generation, That Thing You Do!, Hush, Welcome to Woop Woop, Finding Graceland, and Houdini.

He is married to businessperson, blogger, and publicist Julie Solomon, with whom he has two children.

Johnathon’s paternal grandmother was Annie Laurie Baker (the daughter of Alfred/Albert James Baker, Sr. and Catherine Francoise Bena). Alfred was the son of John Thomas Baker and Annie Laurie Appleby, and had English, and some French, ancestry. Catherine’s parents, Eugene Bena and Josephine Katherine Sauvelet, were French, from Saint-Quirin, Moselle.

Johnathon’s maternal grandfather was Peter John Cardlin (born Peter Cardellino, the son of Antonio/Anthony Cardellino/Cardlin and Soral/Sarah Cava). Antonio and Soral were Italian. Soral was the daughter of Vincent Cava.

Johnathon’s maternal grandmother was Josephine Dolores Mastromauro (the daughter of Luigi/Louis Mastromauro and Amelia Turcano). Luigi and Amelia were Italian. Luigi was born in Bari.