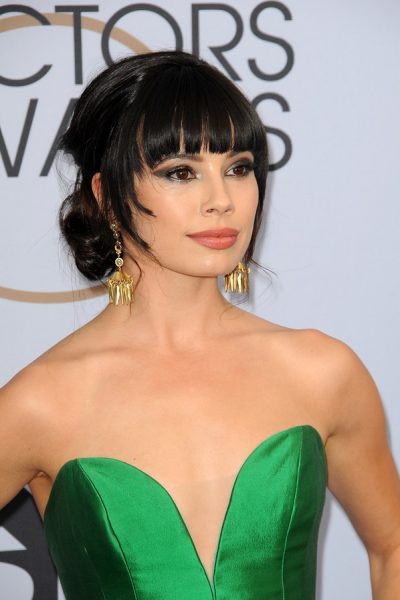 Adams in 2019, photo by kathclick/bigstock.com

Jenna Lyng Adams is an American actress, producer, and director.

Jenna’s paternal grandmother was Joyce Claire Besser (the daughter of Edward J. Besser and Faye B. Parker). Edward was the son of Andrew Besser and Lisetta A. Frenz, whose parents were German. Faye was the daughter of William Henry Parker and Myra Elizabeth Barnard.

Jenna’s maternal grandfather was Larry Allan Pierson (the son of Lorin R. Pierson and Mildred L. Bosshardt). Jenna’s great-grandfather Lorin was the son of Peter A. Pierson, who was Swedish, and of Mary J. Doty. Mildred was the daughter of Edwin Henry Bosshardt and Laura Elizabeth Eigenbrodt, and was of German, including 1/8th Swiss-German, descent.

Jenna’s maternal grandmother was Shirley Ann Cordell (the daughter of Albert N. Cordell and Anna Mae Nugent). Albert was the son of John B. Cordell, whose father was an ethnic German from France and whose mother was from Luxembourg; and of Elizabeth Yaeger, whose parents were German. Anna was the daughter of John C. Nugent and Carrie Thompson, whose own parents were Norwegian.