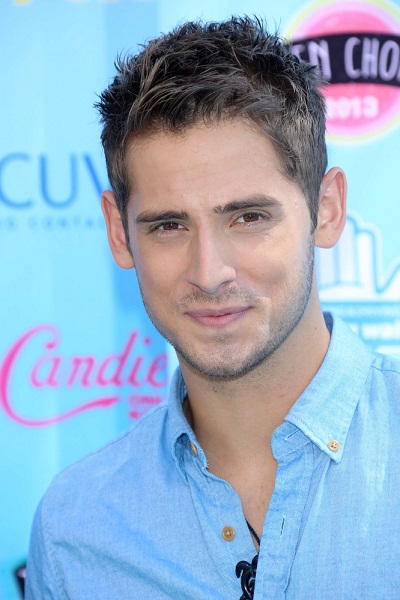 Bilodeau in 2013, photo by Prphotos

Jean-Luc Bilodeau is a Canadian actor. His roles include the series Baby Daddy, Kyle XY, The Haunting Hour, and Carol’s Second Act, and the films Trick ‘r Treat, Piranha 3DD, and 16 Wishes.

Jean-Luc’s maternal grandfather was Donald Earl Rose (the son of John Rufus Ross/Rose and Sadie May/Mae Stevenson). Donald was born in Vancouver, British Columbia. John was the son of Thomas Rose, who was born in Co Carlow, Ireland, and of Martha Kerr, whose parents were from Donegal, Ireland. Sadie was the daughter of John Stevenson, whose parents were from Ballymore, Armagh and Antrim, Ireland, respectively; and of Mary Jane Ryan, whose own father was Irish.

Jean-Luc’s maternal grandmother was Lyle Harriet Manuel (the daughter of Anthony William Manuel and Susan Newcombe Jones). Lyle was born in Manitoba. Anthony was the son of Urbine Ruben/Rueben Manuel, who was of Portuguese and French-Canadian descent, and of Mary Elizabeth Vautour. Susan was the daughter of James Harris “Harry” Jones, whose father was from Cornwall, England; and of Emily Donovan.

Sources: Genealogies of Jean-Luc Bilodeau (focusing on his father’s side) – http://worldconnect.rootsweb.ancestry.com
https://www.geni.com

Genealogy of Jean-Luc’s paternal grandfather, Adelard Vincent Joseph Bilodeau (focusing on his own mother’s side) – http://www.dubeaufamily.com