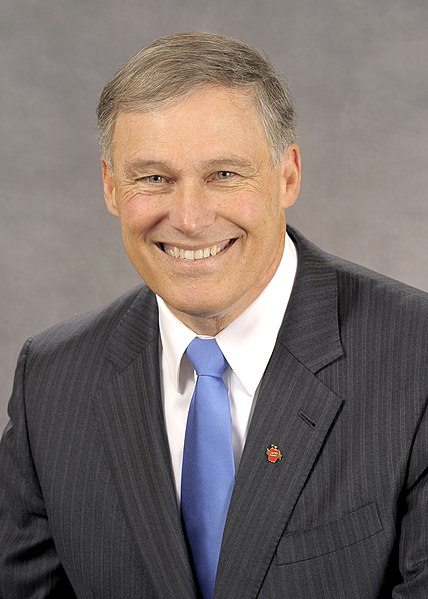 official photo of Jay Inslee, 2013, Office of the Governor of the State of Washington

Jay is the son of Alice Adele (Brown) and Frank E. Inslee. He is married to Trudi Inslee, with whom he has three children.

Jay’s paternal grandfather was Forrest Glen Inslee (the son of William Adelbert Inslee and Nellie Ann Grandy). Forrest was born in Michigan. William was the son of William Inslee and Paulina Harris. Nellie was the daughter of Stillman Johnson Grandy and Anne Elizabeth Green, who was Irish.

Jay’s paternal grandmother was Esther Gail Bewley (the daughter of Frank W. Bewley and Sadie M. Harvey). Esther was born in Washington. John was the son of John Marcena Brewley/Bewley and Margaret Elvina Dawson. Sadie was the daughter of George Washington Harvey and Sarah Rachel Wolfe.