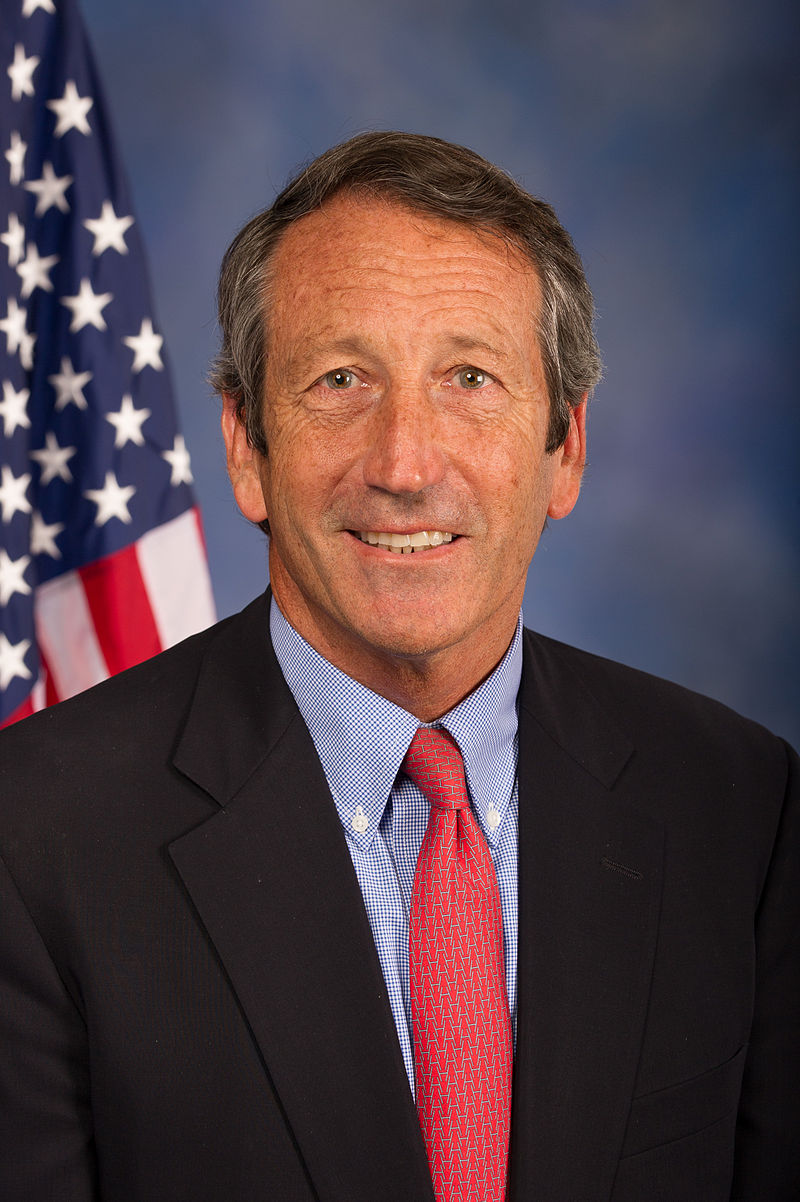 He was a candidate for the Republican Party’s nomination for President of The United States in 2020.

Mark is the son of Peggy and Marshall Clement Sanford, a cardiothoracic surgeon. During his teen years, his family moved to Beaufort, South Carolina. He has four children with his former wife, heiress and investment banker Jenny Sanford. Jenny’s great-grandfather co-founded Skil Power Tools. Jenny’s uncle by marriage was the brother of Ethel (Skakel), the wife of politician Robert F. Kennedy.

Mark’s paternal grandfather was Rufus Brown Sanford (the son of Calvin Cowles Sanford and Mary Denny Brown). Rufus was born in North Carolina. Calvin was the son of Amos Baker Sanford and Mary Cornelia Lunn. Mary was the daughter of Thomas Brown and Margaret/Margret Brinegar/Brineger.

Mark’s maternal grandfather was Col. Otto Godfrey Pitz (the son of Ludovicus Kassuth “Louis” Pitz and Henriette Elise Rettinghaus). Otto was born in Wisconsin, to German parents. Kassuth was the son of Gottfridus Puetz and Anna Maria Fetzer, who were from Ingelheim am Rhein, Mainz-Bingen, Rhineland-Palatinate. Henriette was the daughter of Hermann Rettinghaus and Friederica Henrietta Weinreich, who was from Evangelisch, Kettwig Werden, Rheinland, Prussia.

Mark’s maternal grandmother was Blanche Newman (the daughter of William Araldo Newman and Margaret Helen Burleson). Blanche was born in Texas. William was the son of Andrew Brown Newman and Sarah Emaline Campbell. Margaret was the daughter of John LaFayette Burleson and Albina Dionecia Pope.

Genealogy of Mark Sanford (focusing on his father’s side) – https://www.geni.com