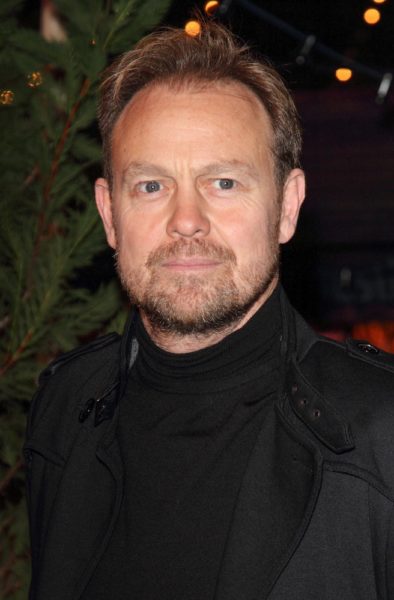 Jason Donovan is an Australian actor and singer.

Jason is the son of actress and journalist Sue McIntosh (previously credited as Sue Donovan; born Sue Margaret Menlove) and actor Terence Donovan. His father was born in Staines, Middlesex, England. His mother is Australian.

Jason’s paternal grandfather was James E. Donovan (the son of Walter Donovan and Sarah E. Fowler). Walter was the son of John Donovan, whose parents were Irish, and od Martha Ann Gearey.

Jason’s paternal grandmother was Doris I. M. Rowatt (the daughter of Reginald Horace Rowatt and Emma Marie L. Rapley). Reginald was the son of Robert Rowatt, whose father was Scottish, and of Emma Barnard.

Jason’s maternal grandfather was Eric Campbell Menlove (the son of George Eric Menlove and Miriam Riley). George was the son of William Menlove and Maria Plumb. Miriam was the daughter of Robert Campbell Riley, who was born in Australia, to a father who was born in Calcutta, India, and an Australian mother, of English descent, and Ann Isabella Cox.

Jason’s maternal grandmother was Joan Dawson (the daughter of Horace Rupert Dawson and Eileen Sarah Lyons). Horace was the son of Andrew John Dawson, who was Irish, and of Kathleen Frances Young, who was English. Eileen was the daughter of Simeon Lyons, who was born in Tasmania, Australia, to English Jewish parents, and of Elizabeth Gertrude O’Brien, who was born in Calcutta, India, and was likely of Irish descent.