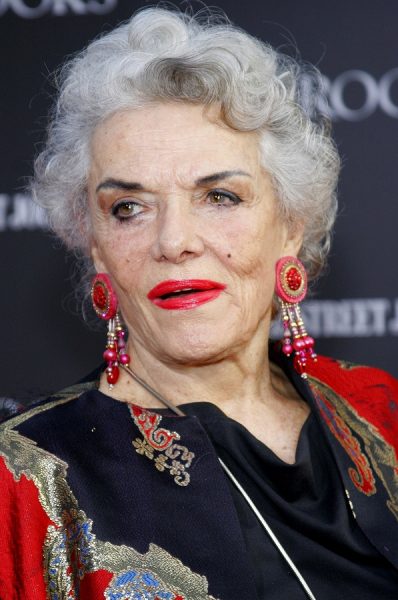 Russell in 2007, photo by Starfrenzy

Jane Russell was an American actress, singer, and model. She was one of Hollywood’s leading sex symbols in the 1940s and 1950s. Her films include The Outlaw, The Paleface, Macao, Gentlemen Prefer Blondes, Gentlemen Marry Brunettes, Hot Blood, and Darker than Amber. She founded Waif, the first international adoption program.

Jane was married to actor Roger Barrett, until his death, and then to real estate broker John Calvin Peoples, until his death. She had three children, who were adopted, with her first husband, professional football player and coach Bob Waterfield.