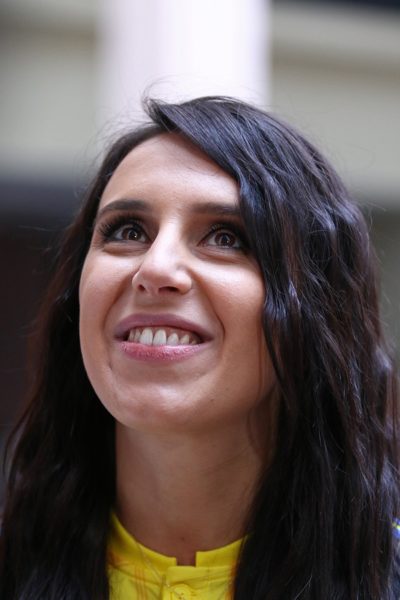 Jamala in 2016, photo by katatonia82/Bigstock.com

Jamala is a Ukrainian singer, actress, and songwriter. She won the Eurovision Song Contest 2016.

Jamala is the daughter of Galyna Mykhailivna (Tumasova) and Alim Ayarovych Jamaladinov. Her father is a Crimean Tatar and her mother is of one Armenian, one quarter Ukrainian, and one quarter Russian, descent. Her paternal ancestors were deported to Central Asia during the Joseph Stalin era. Jamala is married to Bekir Suleimanov, with whom she has a son.

My grandmother on my mother’s line is half Russian, half Ukrainian. My mom’s father is a purebred Armenian. My father is a Crimean Tatar. Accordingly, I was not brought up exclusively on European music, we had Crimean Tatar, Armenian, Ukrainian, Russian, Azerbaijani, Iranian, and Turkish (my father loves Oriental music) and, of course, classical music.

A MyHeritage DNA test taken by Jamala stated that her genetic ancestry is: