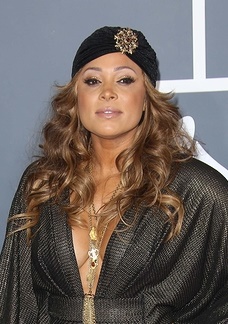 Tamia in 2013, photo by s_bukley/Bigstock.com

Tamia is a Canadian singer, songwriter, producer, and actress.

Her father was French-Canadian and her mother, Barbara Washington, is black. Her father left before she was born.

Tamia is married to American basketball player Grant Hill, with whom she has two children.

Her four times great-grandparents were Jane and John Freeman Walls, who were involved in the Underground Railroad in Puce, now Lakeshore, Ontario, Canada.

Her five times great-grandfather was Abraham D. Shadd, an abolitionist and civil rights activist, who moved to Ontario from the U.S. He was the son of a German father from Hesse-Cassel, a Hessian soldier, and an African-American mother. Tamia’s great-great-great-great-great-aunt was anti-slavery activist, journalist, publisher, teacher, and lawyer Mary Ann Shadd.