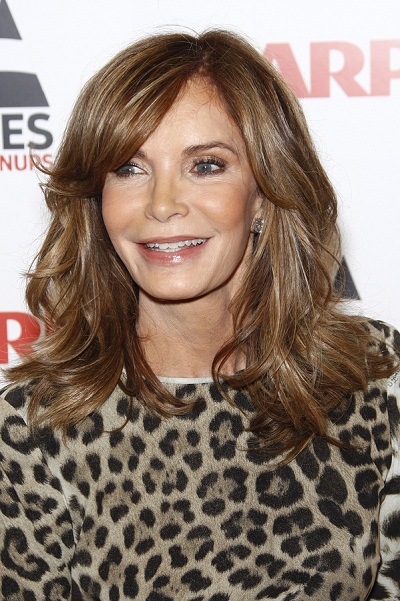 Smith in 2011, photo by Joe Seer/Bigstock.com

Jacyln Smith is an American actress and businessperson. She has starred in the Charlie’s Angels franchise and the television film Jacqueline Bouvier Kennedy (1981), among other projects.

She is the daughter of Margaret Ellen (Hartsfield) and Jack Smith (born Jacob Kupferschmidt or Coopersmith). Her paternal grandparents were Russian Jewish immigrants. Her mother had English, as well as Scottish, Irish, and Welsh, ancestry.

Jaclyn is married to surgeon Brad Allen. She has two children with her former husband, filmmaker Anthony B. Richmond, including actress Spencer Margaret Richmond; Spencer is married to actor Fran Kranz.

Jaclyn’s maternal grandfather was Gaston Hartsfield (the son of James Warren Hartsfield and Isabella Celia “Belle” Urquhart). Gaston was born in Alabama. Isabella was the daughter of Alexander Urquhart and Louisa Emily Barnett.

Genealogy of Jaclyn Smith (focusing on her mother’s side) – https://www.geni.com