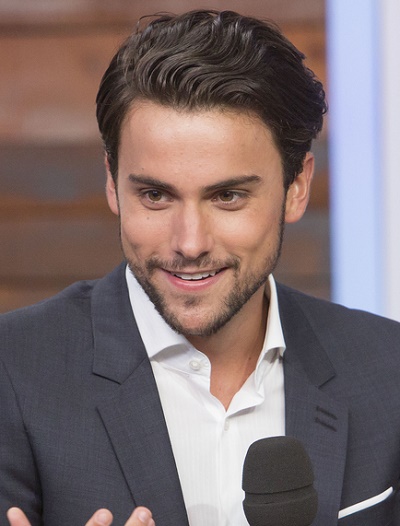 Falahee in 2014, photo by Prphotos.com

Jack Falahee is an American actor and singer. He is known for his role on the shows How to Get Away with Murder and Mercy Street.

Jack’s patrilineal lines traces to his great-great-great-grandfather Matthew Falahee, who was born, c. 1806, in Limerick, Ireland.

Jack’s paternal grandmother is Virginia Marie Hackett (the daughter of John William Hackett and Dorothy L. Shorten). Virginia was born in Michigan. John had Irish ancestry, and was the son of Edgar John Hackett and Margaret T. Kelly. Dorothy was the daughter of Sebastian G. Shorten, whose parents were Irish, and of Lottie/Lotta Jacobs.

Jack’s maternal grandmother was Eleanor Lena “Ann” Corsi (the daughter of Tomaso/Tommaso/Thomasino/Thomas Corsi and Angelina Rosati). Eleanor was born in Watertown, Massachusetts, to Italian parents, with roots in Atina. Tomaso was the son of Bernard Corsi and Louise. Angelina was the daughter of Carmina.