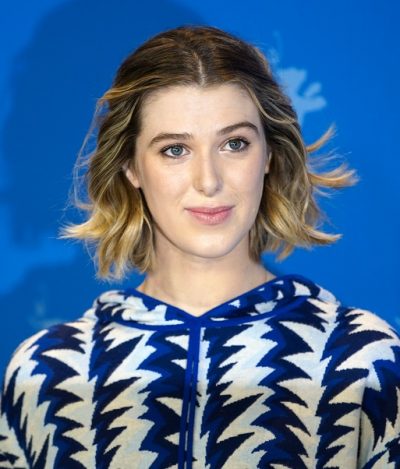 Honor Swinton Byrne is a British actress. She will star in the film The Souvenir (2019). She is the daughter of actress, performance artist, and model Tilda Swinton and Scottish playwright and artist John Byrne.

The Swinton family is an ancient Anglo-Scots family that can trace its lineage to the Middle Ages. They are said to be one of three British Isles families that can trace their unbroken land ownership and lineage to before the Norman Conquest.

Honor’s maternal grandfather was Major-General Sir John Swinton (the son of Alan Henry Campbell Swinton and Marie/Mariora Beatrice Evelyn Rochfort Alers-Hankey). Sir John was born in St. George Hanover Square, London, England, and had Scottish, English, and Northern Irish ancestry. Alan was the son of George Sitwell Campbell Swinton, a politician and herald, who was born in Edinburgh, Scotland, and whose own father was author and politician Archibald Campbell Swinton; and of Elizabeth “Elsie” Ebsworth, who was born in Russia, to English and Scottish parents. Honor’s great-grandmother Marie was the daughter of Cecil George Herbert Alers-Hankey and Gertrude Clare Fetherstonhaugh.

Honor’s maternal grandmother was Judith Balfour, Lady Swinton (née Killen, the daughter of Harold Charles Killen and Marion Spottiswood Balfour). Lady Swinton was Australian, and was of Northern Irish, Scottish, and English ancestry. Harold was the son of William Wilson Killen, whose parents were Irish, and of Marion Young, whose parents were also from Ireland. Honor’s great-grandmother Marion was the daughter of William Andrew Francis Balfour and Mabel/Mabelle Alice Truman.

Sources: Genealogy of Honor Swinton Byrne (focusing on her mother’s side) – http://worldconnect.rootsweb.ancestry.com

Genealogy of Honor’s mother (focusing on her own father’s side) – http://worldconnect.rootsweb.ancestry.com

Genealogy of Honor’s mother (focusing on her own mother’s side) – http://www.red1st.com