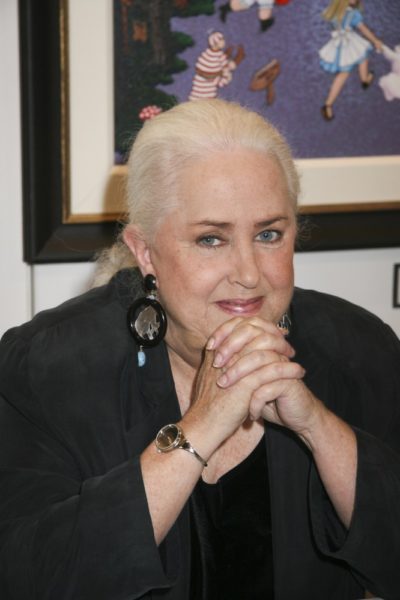 Grace Slick is an American singer, songwriter, musician, artist, and model. She is also known as Gracie, The Acid Queen, and The Chrome Nun. Grace had a major role in the San Francisco psychedelic music scene in the mid 1960s. She was a member of the rock band Jefferson Airplane. Other members of the band included Paul Kantner and Jorma Kaukonen.

Grace is the daughter of Virginia (Barnett) and Ivan W. Wing. She is a Mayflower descendant. Her surname is from her former husband, cinematographer Gerald “Jerry” Slick. Grace has a daughter, actress China Wing Kantner, with her former partner, bandmate, guitarist Paul Kantner.

Grace’s paternal grandmother was Grace Josephine Dow (the daughter of James Osgood Dow and Mary/Maria Charlotte Hawkins/Hawkinson). Grace’s grandmother Grace Dow was born in Minnesota. James was born in Maine, the son of Abraham Dow and Jane Adeline/Adaline Steele. Mary was Swedish, and was born in Grenna, Smoland, the daughter of Haakon Olson Sørheim/Mo/Nels Hawkins and Ingeborg Olsdotter Vaka/Eva Kalstron.

Grace’s maternal grandmother was Mary Sue Neill (the daughter of Robert Neill and Augusta Virginia Wagoner). Mary Sue was born in South Dakota. Augusta was of German descent, the daughter of Daniel Wagoner and Susan Steineberger.