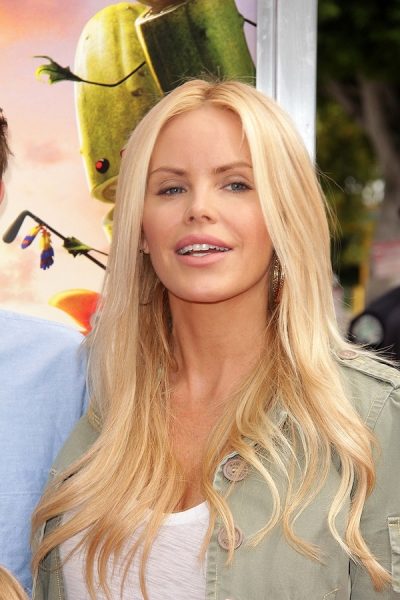 Nolin in 2013, photo by s_bukley/Bigstock.com

Gena Lee Nolin is an American actress and model. She has starred on the series Baywatch and Sheena.

Gena is the daughter of Patricia and Ronald Nolin. She is of one half Scandinavian (Norwegian, some Swedish), and roughly one quarter Irish, ancestry; her other roots are mostly English, with deep lines in the U.S. She is a descendant of Lady Mary Boleyn, sister of Anne Boleyn, and her husband Sir William Carey, among other nobility.

Gena is married to Canadian professional ice hockey player Cale Hulse. She has a son with her former husband Greg Fahlman; and two children with Cale.

Gena’s paternal grandfather was Leroy Emerson Nolin (the son of Emil Leonard Nolin and Dora Ethel Barber). Leroy was born in Minnesota. Emil was born in Minnesota, the son of Swedish parents, from Älvsborg, Johannes Andersson and Clara Larsdotter. Dora was born in Indiana, the daughter of Thomas Allen Barber and Martha Jane Hurt, and had deep lines in the U.S.

Gena’s maternal grandfather was William George Rodgers (the son of Andrew Rodgers and Mary Alicia “May” Huggard). William was born in Minnesota, to Irish parents. Mary was born in County Mayo, the daughter of Robert Martin Huggard and Miriam Jane Leonard.