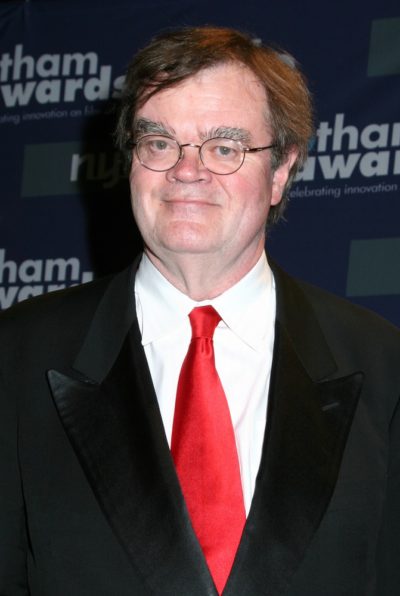 Garrison Keillor is an American author, storyteller, humorist, actor, and radio personality. His father had English, as well as a smaller amount of Welsh and German, ancestry. His maternal grandparents were Scottish. He has a daughter with his wife, violist Jenny Lind Nilsson, and a son with his former wife, Mary Guntzel.

Garrison’s paternal grandmother was Dora Edith Powell (the daughter of James Wesley Powell and Sarah Jane Leaman). Dora was born in Iowa, U.S., to a father from Pennsylvania and a mother from Illinois. James was the son of David Powell, Jr. and Martha Ann Cox. Sarah was the daughter of Isaac Newton Leaman and Rebecca Spencer.