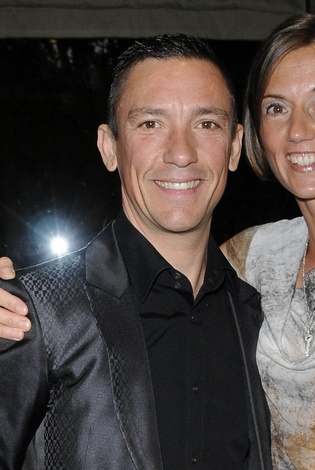 Dettori in 2011, photo by Prphotos.com

Frankie Dettori is an Italian-born, British-based horse racing jockey. He has been described as the best jockey currently riding; during his career, he has won more than 500 horse races.

Frankie’s father, Gianfranco Dettori, is a horse racing jockey, who was born in Serramanna, Sardinia, Italy. Frankie’s mother, Iris Maria Niemen, was born in Milan, Italy. His mother is a member of Niemen circus family. The family may have had a Romani origin.

Frankie’s maternal grandmother was named Secondina. She was born in Casalpusterlengo, Province of Lodi, Lombardy, Italy.

Source: Genealogy of Frankie Dettori (focusing on his mother’s side) – http://gw.geneanet.org