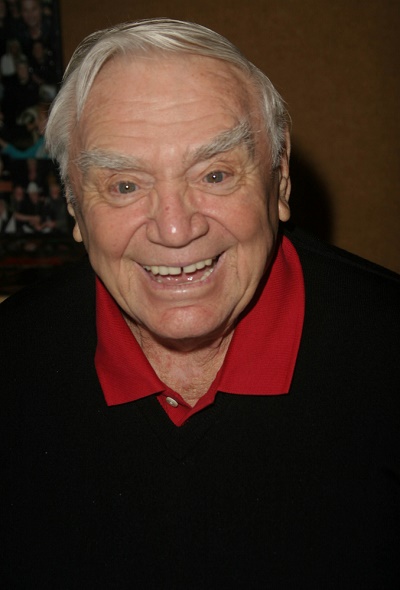 Borgnine in 2008, photo by prhotos

Ernest Borgnine was an American actor. He won the Academy Award for Best Actor for Marty (1955). He was also known for his roles in the films China Corsair, From Here to Eternity, Vera Cruz, Bad Day at Black Rock, and The Wild Bunch, and on the shows McHale’s Navy, Airwolf, ER, and SpongeBob SquarePants.

He was born Ermes Borgnino in Hamden, Connecticut. His parents, Anna M. (Boselli) and Camillo Anthony Borgnino/Borgnine, were Italian emigrants, his father from Ottiglio and his mother from Carpi. His family lived in Italy during his early years, before settling in New Haven, Connecticut.

Ernest’s birth middle name is cited as having been Effron, a name of Jewish origin. It is not clear if that part of his birth name is accurate.

Ernest’s paternal grandfather was John Eustacchio W. Borgnino/Borgnine (the son of Andrea Borgnino and Maddalena Colombano). John was Italian, born in Ottiglio, Alessandria, Piedmont, to a father from Cereseto and a mother from Frassinello. Andrea was the son of Giuseppe Borgnino and Rosa Mazzara. Maddalena was the daughter of Pietro Colombano.

Genealogy of Ernest Borgnine (focusing on his father’s side) – https://www.geni.com