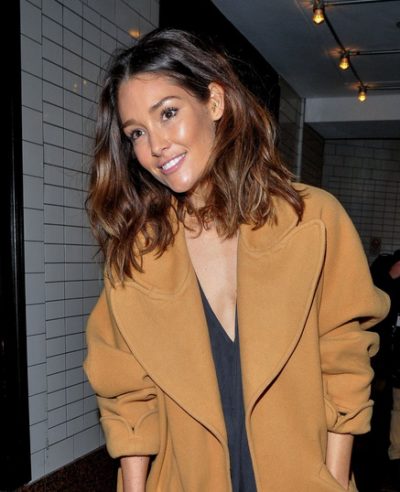 McNaught in 2015, photo by Prphotos

Erin McNaught is an Australian model, actress, presenter, and television personality. She represented Australia at the Miss Universe 2006 competition, however she was unplaced. Erin is the daughter of Lynn and Andy McNaught. She is married to English musician and singer Example (Elliot Gleave), with whom she has two children. She has also been credited as Erin Gleave, her married name.